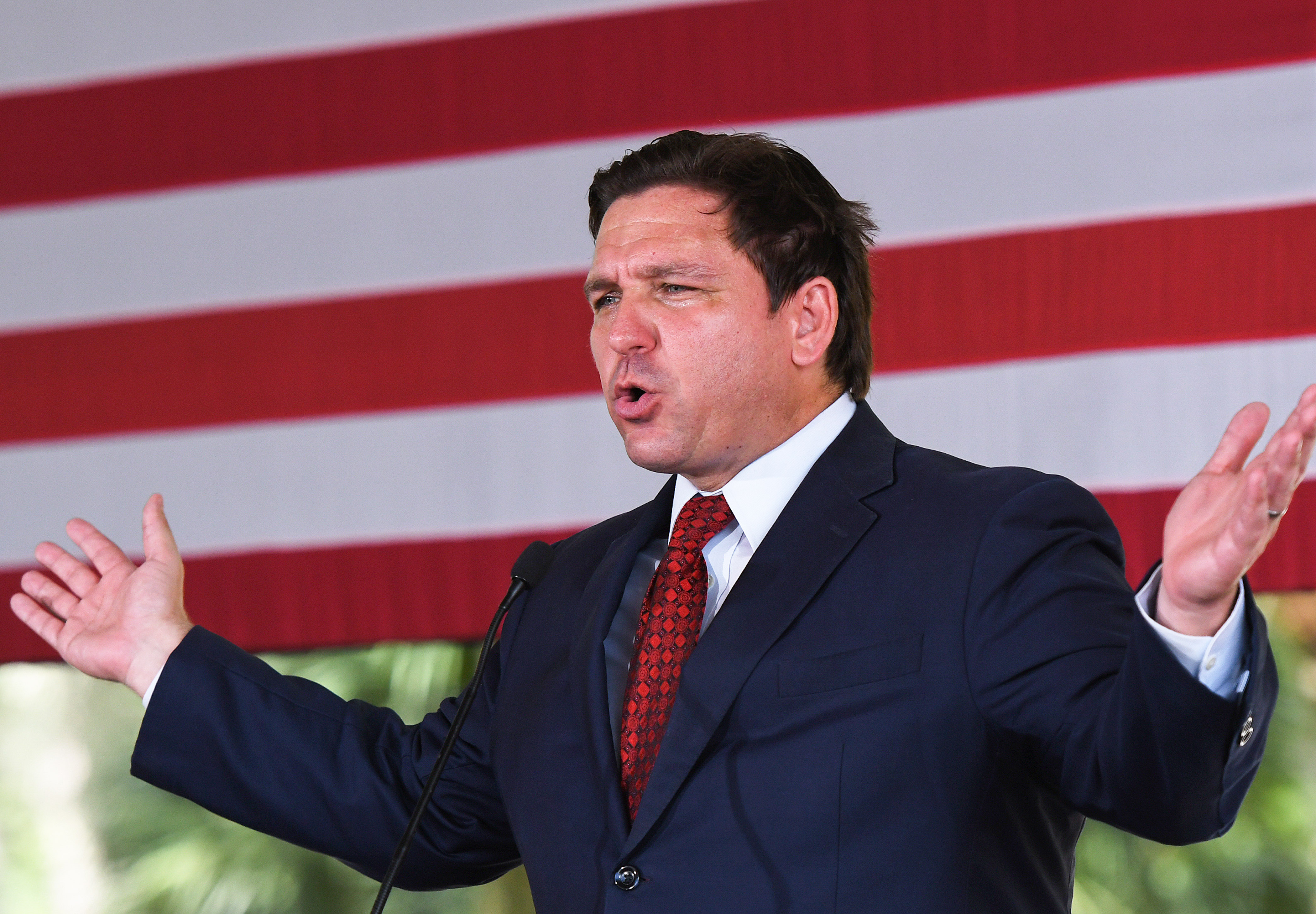 Florida’s Republican Governor Ron DeSantis could be sending another planeload of undocumented migrants today (Sept. 20) from Texas to a small town in Delaware where President Joe Biden has a vacation home, flight trackers show.

A chartered jet by the flight number J328, operated by the Ultimate Air Shuttle, was scheduled to take off from San Antonio at 8:00 a.m. today, stop over in Florida and then depart for Delaware at 11:27 a.m., according to Flightaware and Flightradar24, two real-time flight tracking websites. The plane is scheduled to land at the Delaware Coastal Airport in Georgetown at 3:02 p.m. That airport is about 19 miles from Rehoboth Beach, where President Biden has a summer house.

DeSantis didn’t confirm whether he was behind the arrangement of the flight or if it was used to transport migrants.

Public records show Florida’s Department of Transportation on Sept. 19 made a $950,000 payment to Vertol Systems Company, the same charter company that flew migrants to Martha’s Vineyard last week. Vertol operates under the name “Ultimate Air Shuttle” with the Federal Aviation Administration. The state of Florida paid Vertol $615,000 on Sept. 8 to arrange the flight to Martha’s Vineyard, according to public records.

Nonprofits began calling Georgetown Mayor Bill West this morning about a plane coming his way from Texas via Florida, according to Daily Beast. West told the publication he had no idea what’s coming and hoped the jet wasn’t too big for the small runway at the Delaware Coastal Airport.

During a press briefing today, President Biden’s press secretary Karine Jean-Pierre said the White House was aware of news reports about the possible migrant flight and it would work with state and local officials to help the migrants if they arrived.

DeSantis has joined Republican governors from Texas and Arizona shuttling newly arrived migrants to Democratic-controlled cities far from the southern border in an effort to criticize the Biden administration’s handling of the immigrant crisis near the U.S.-Mexico border.

“If you’re going to support open borders, then you should have to deal with the consequences of open borders,” DeSantis said during an event in Kansas on Sept. 18. Florida has budgeted $12 million to relocate migrants.

Texas authorities said on Sept. 19 they planned to open a criminal investigation into whether the DeSantis administration broke the law when he sent two planeloads of migrants to Martha’s Vineyard in Massachusetts last week..