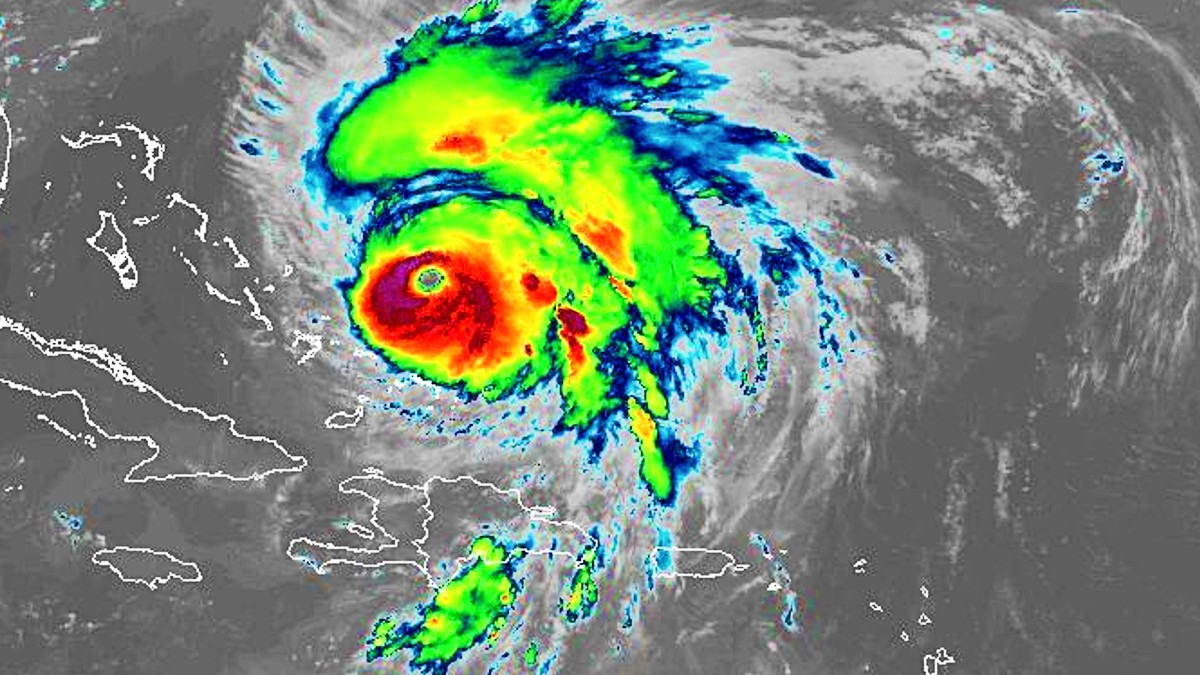 Hurricane Fiona strengthened to a monster Category 4 storm early Wednesday, becoming the first major hurricane of the Atlantic season after devastating Puerto Rico and the Dominican Republic with feet of rain and catastrophic flooding.

The brutal system thrashed Turks and Caicos for most of the day Tuesday, and the National Hurricane Center says Fiona is expected to intensify through Wednesday night. Some fluctuations are possible Wednesday night and Thursday.

As of NHC’s 5 a.m. update, the center of Fiona was about 170 miles north-northwest of Grand Turk Island and heading toward Bermuda, which it is expected to reach late Thursday, with maximum sustained winds of 130 mph.

Fiona is expected to continue its northern trajectory for most of Wednesday. A turn toward the north-northeast with an increase in forward speed is expected on Thursday. On the current track, the hurricane will continue to gradually move away from the Turks and Caicos Wednesday, before approaching Bermuda late Thursday.

Hurricane-force and tropical-force winds extend outward up to 45 and 160 miles, respectively, from the center.

A tropical storm watch is in effect for Bermuda. No other hurricane watches or warnings were in effect early Wednesday. Parts of Canada along the Atlantic, though, are being advised to monitor the storm’s progress.

Impacts going forward aren’t expected to be as severe as they were in Puerto Rico, which just marked the five-year anniversary of Hurricane Maria, which blasted the U.S. territory as a category 5 storm and killed more than 3,000 people.

Communities in southern parts of Puerto Rico were inundated again Monday with torrential rain and wild winds, amounting to more than 2 feet of water in spots as the threat of deadly mudslides loomed. Lago Cerillos, not far from Ponce, where Fiona made landfall in Puerto Rico ahead of a second landfall in the Dominican Republic a day later, saw nearly 3 feet of fain. The National Hurricane Center says parts of Puerto Rico could see 35 inches, ultimately.

President Joe Biden declared a state of emergency for Puerto Rico ahead of the storm, while the governor of Puerto Rico, as the worst of it hit, described “catastrophic” damages as the island plunged into darkness.

Luma, the company that operates power transmission and distribution, said bad weather, including winds of 80 mph, had disrupted transmission lines, leading to “a blackout on all the island.”

As of now, it poses no threat to any part of the mainland U.S., although large swells will bring high surf to tri-state area beaches by the end of the week. People in coastal areas are advised to be wary of rip currents as well.