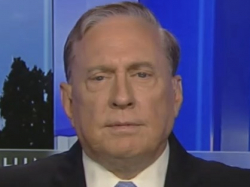 Ret. Col. Douglas Macgregor weighed in the Ukraine war and how Germany will be affected by Russia this winter in an interview with FOX News host TUcker Carlson.

“First let’s review the bidding here and point out that all governments are expected to provide as a minimum to their people food, shelter, and security. Everyone who has embraced this Eorld Economic Forum program that you talked about, this environment social guidance, is a lot of trouble and Germany is no exception,” Macgregor told Carlson.

“We have seen problems already in the Netherlands with farmers,” he said. “We see the truckers in Canada. These are symptoms of deep-seated problems all of which have been exacerbated by the Ukraine conflict. And member Joe Biden made the decision to drag everyone in western Europe into this perpetual conflict with a nation that has an abundance of resources. It has virtually everything that everyone in the world needs at some point; food, minerals, and so forth.”

“It was a stupid idea but there is no plan B,” Macgregor said. “Now, Germany in particular shot itself in the foot with energy by essentially eliminating nuclear power by fundamentally rejecting as much oil and gas as possible to try and go completely green. Well, now they are facing the winter of all discontents frankly. They’re going to freeze because the Russians said fine and cut them off and why diid the Russians cut them off? Because they foolishly followed us and has supplied the Ukrainians with weapons.”