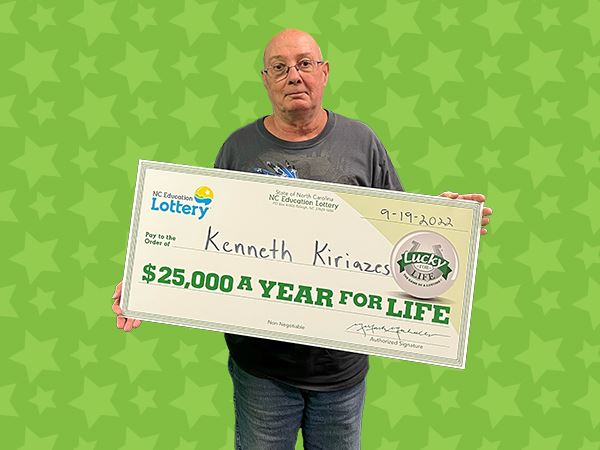 WAKE COUNTY, N.C. (WGHP) — Kenneth Kiriazes, of Zebulon, bought a Lucky for Life ticket about a month ago, left it in his truck and after finally checking it Sunday, discovered a $25,000 a year for life prize, according to an NC Education Lottery news release.

“I did that happy dance,” Kiriazes said. “Something like this is a blessing.”

Kiriazes, 64, bought his winning $2 Quick Pick ticket for the Aug. 23 drawing from Swift Mart on Marshburn Road in Wendell.

A big fan of fishing, Kiriazes said he wants to put some of his winnings toward a fishing trip.

“I’m planning a Key West trip for April to do some fishing down there,” he said.

Kiriazes claimed his prize at lottery headquarters Monday and had the choice of receiving $25,000 a year each year for the rest of his life or a $390,000 lump sum.

He chose the lump sum. After required federal and state tax withholdings, he took home $276,990.

In addition to his fishing trip, he said he wants to put a new back deck on his house.