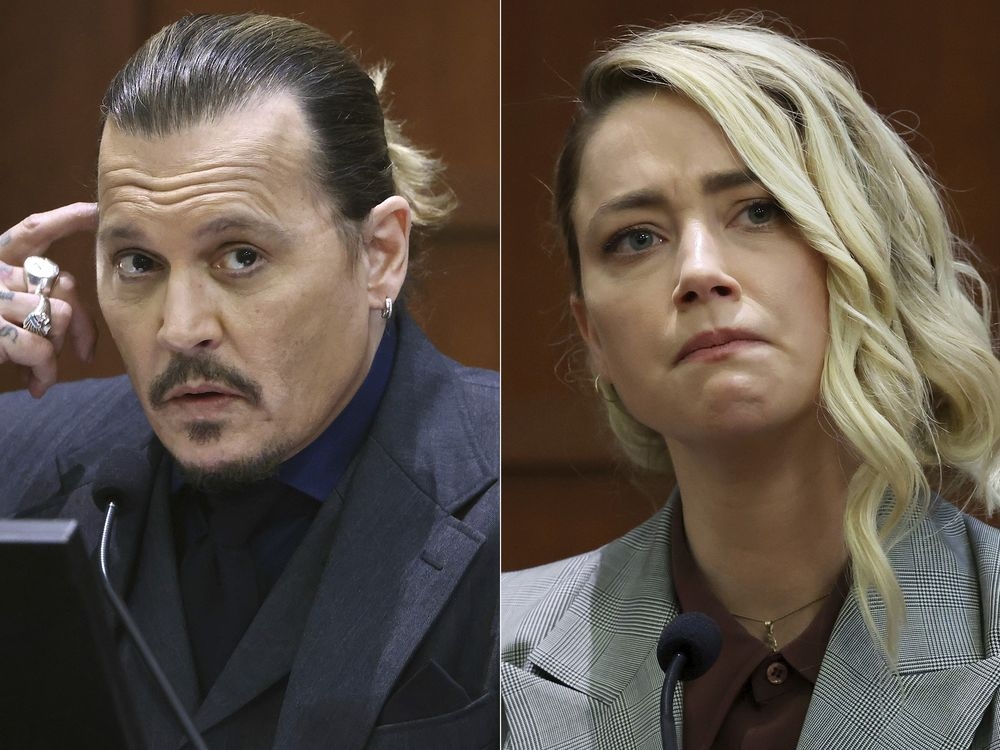 Their explosive courtroom battle is over, but newly unsealed documents have revealed fresh details — and once again divided fans — at how low Johnny Depp and Amber Heard were prepared to go in their explosive defamation trial.

After Depp, 59, was victorious in his lawsuit against Heard, 36, in June, with a jury awarding him $10.35 million, Judge Penney Azcarate ordered the release of the secret files last month.

At nearly a thousand pages, the docs expose how lawyers for Depp and Heard both tried to get damning evidence about one another into the Virginia courtroom.

Among the revelations in the newly unsealed pre-trial papers published online by legal commentator Andrea Burkhart and viewed by multiple media outlets, including the Toronto Sun, The Daily Beast, Deadline, Newsweek and Page Six, the actress’ lawyers wanted to expose Depp’s medications to prove he allegedly suffers from erectile dysfunction. They wanted to do this as a way to explain why he assaulted her with a bottle, which he repeatedly maintained was a lie.

“Though Mr. Depp would rather not disclose his erectile dysfunction condition, such condition is absolutely relevant to sexual violence, including Mr. Depp’s anger and use of a bottle to rape Amber Heard. Mr. Depp’s erectile dysfunction makes it more probable that Mr. Depp would be angry or agitated in encounters with Amber Heard, and that he would resort to a bottle,” her legal team wrote.

Depp’s team also wanted to reveal embarrassing parts of Heard’s personal life, including her short-lived time as a stripper and an alleged escort.

“Nude pictures of Amber Heard or comments about stripping or escort services would be highly distracting and unfairly prejudicial to the extent they portray Amber Heard as a sex symbol instead of a women’s rights activist against domestic abuse,” Heard’s lawyer Elaine Bredehoft wrote.

Allegations that the Aquaman actress was at one time an escort were “unfounded, incendiary, irrelevant, and designed to harass and demean Amber Heard.”

Other new tidbits included reports that Depp said he had never experienced a “specific physical or mental injury” from Heard (he maintained she physically abused him during their five-year relationship), her assertion that she “suffered $100 million in damages” due to lost roles and endorsement deals, and new details of a bruising fight she said occurred on a flight from Boston to Los Angeles in 2014.

“Did he just kick me?” she recalled thinking when she testified in May. “No one did anything. I felt so embarrassed that he could kick me to the ground and no one would do anything about it.”

“If someone was truly honest with him about how bad it really was, he would be appalled,” Depp’s then-assistant Stephen Deuters sent in a text to Heard, The Daily Beast reported. “I’m sad he does not have a better way to really know the severity of his actions yesterday. Unfortunately for me, I remember them in full, in full detail, everything that happened. He was appalled, when I told him he kicked you, he cried.”

Depp apologized, calling himself a “lunatic.”

“Once again, I find myself in a place of shame and regret. Of course I am sorry…I will never do it again…My illness somehow crept up and grabbed me…I feel so bad for letting you down,” the three-time Oscar nominee wrote.

The texts were ruled inadmissible by Azcarate.

In an interview with the TODAY show’s Savannah Guthrie in June, Heard said the trial was “the most humiliating and horrible thing I’ve ever been through,” but maintained she’ll stand by her abuse allegations “to my dying day.”

Against the advisement of her lawyers, The Daily Beast reported that Heard left millions on the table when the couple eventually did call it quits in 2016. Depp’s career had yet to take a downturn and she was entitled to half of his earnings from the fourth (for which he was paid $33 million) and fifth Pirates films.

In an email exchange, her lawyers wrote she was “amazingly true to (her) word, that this is not about the money.”

Azcarate didn’t allow certain evidence from the couple’s split to be mentioned in the defamation trial.

Unsavory text messages between the Pirates of the Caribbean star and shock rocker Marilyn Manson were also excluded because they would “smear Mr. Depp under a guilty by association theory.”

In one exchange, Manson, who has been accused of abuse by several women, referred to his then-girlfriend Lindsay Usich as “amber 2.0.”

“I been reading A LOT of material on that and sociopathic behavior… it is f—ing real, my brother!! My ex-c— is godamn TEXTBOOK!!” Depp wrote, according to the New York Post.

In another message, Manson pleaded with Depp to stay at his home after an alleged fight with Usich.

“I got a serious police amber type scenarios with L’s family. I’m f—ing stressing. I don’t know if you are back but I need asylum somewhere because I think the cops might be headed my way.”

Elsewhere, TMZ reported the bombshell that Heard’s sister Whitney allegedly said she was responsible for severing Depp’s fingertip during a 2015 fight in Australia.

“She just screamed, ‘She’s done it now. She’s cut off his Goddamn finger,’ and made this huge proclamation,” Jennifer Howell, Henriquez’s former boss, said Whitney told her about Heard and Depp’s fight.

During the trial, Depp maintained that he lost out on a number of roles — including a sixth go-round in Disney’s Pirates series — due to Heard’s 2018 op-ed in which she claimed to be a survivor of domestic abuse. But the Post reported that Heard’s attorney was forbidden from introducing into evidence that Depp’s substance abuse had strained the relationship between the studio and its star to the point that “there was no love between Johnny and Disney.”

According to The Daily Beast, Depp’s legal team also tried to nix the testimony of actress Ellen Barkin, who accused her one-time boyfriend of hurling a bottle during an argument in a Las Vegas hotel room in the 1990s.

Depp was also asked how he would feel if he lost the case, to which he replied: “If this does come out, the decision in this particular case comes out in … Ms. Heard’s favour, then that is what will happen, but that’s not going to make me go, ‘Oh, my God, I must have done it.’”

On social media, supporters of Heard tried re-litigate the trial using the hashtag #AmberHeardDeservesAnApology. But fans of Depp were unmoved by the latest news with #JusticeForJohnnyDepp still racking up billions of views on TikTok.

Heard is appealing the jury’s verdict, with a spokesperson telling the Toronto Sun that she feels there is sufficient evidence to overturn the $10.35 million judgement.

“We believe the court made errors that prevented a just and fair verdict consistent with the First Amendment,” they wrote in an email to the Sun. “We are therefore appealing the verdict. While we realize today’s filing will ignite the Twitter bonfires, there are steps we need to take to ensure both fairness and justice.”

Depp, who was also found guilty on one count of defamation, is also appealing the ruling, with his lawyer Camille Vasquez telling CBS Mornings that his legal team has to “protect our client’s interest.”