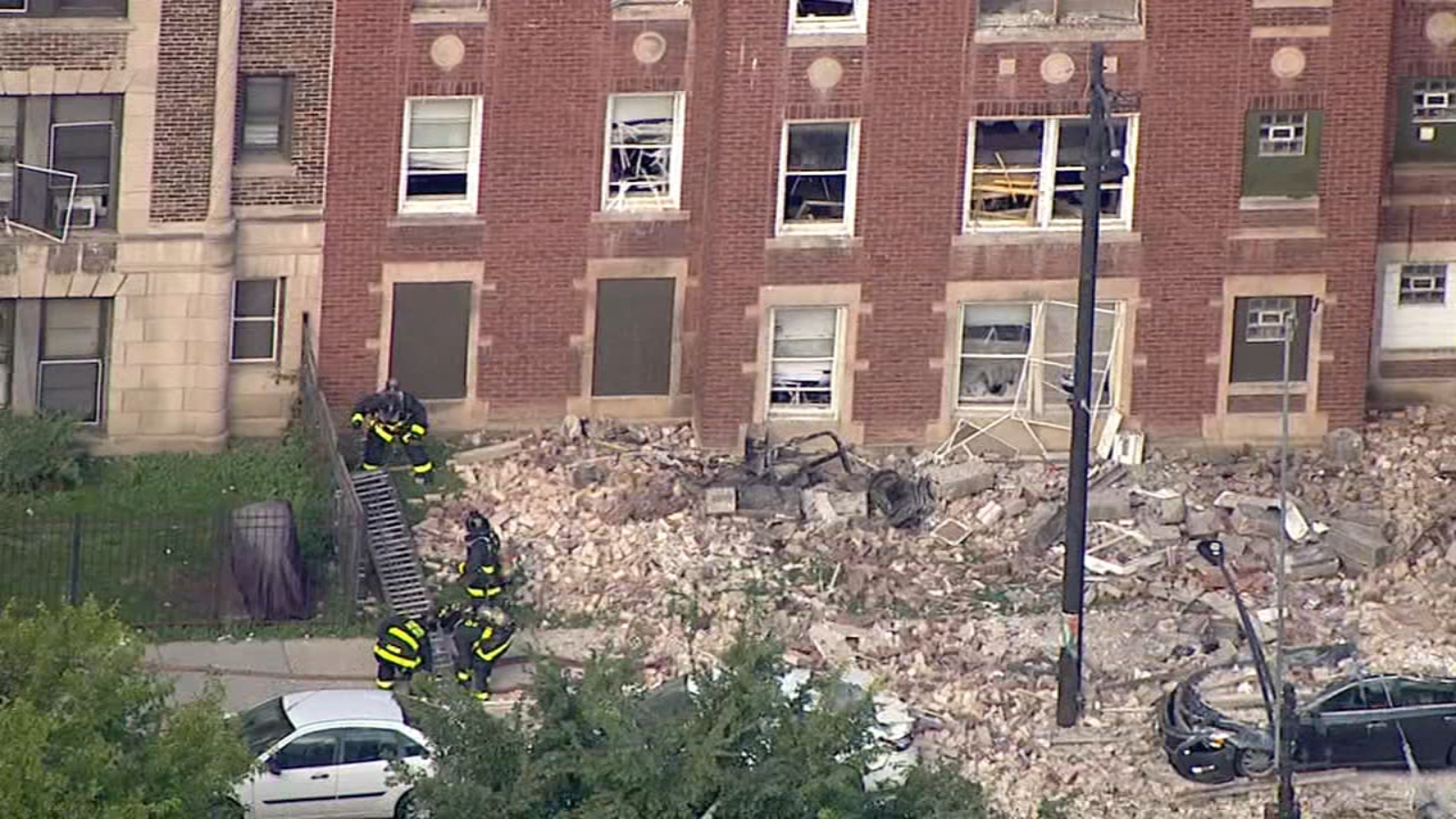 CFD tweeted just after 9:20 a.m. that five ambulances had been requested to Washington Street and Central Avenue. The number was later increased to 10.

Chicago fire officials said at least eight people were injured in the incident, three of whom were serious-to-critical.

Two male victims were taken to Loyola University Medical Center; one was in critical condition and the other remained stable.

Another male victim and a female victim were taken to Mount Sinai hospital. They also remained stable.

CFD spokesman Larry Merrit said they believed everyone was accounted for by about 10:30 a.m.

A Chicago Fire Department spokesman said there had been an explosion, but it was not known what caused it.

Chopper 7HD flew above the scene as bricks from the building could be seen piled on top of cars parked nearby. Firefighters could also be seen making entry into the building.

Online inspection records for the building that exploded reviewed by the I-Team reveal a history of inspection failures and alleged code violations.

The building failed its most recent inspection in February 2020. Inspectors cited six alleged code violations, including “dryer vents-missing flaps” for gas clothes dryers, washed-out mortar on some of the parapet walls and junk and debris in the rear courtyard.

Records show the building was the subject of an administrative hearing in 2019 and 2013 but it is unclear at this time what those hearings were for or how they were resolved.

The I-Team has requested more details about the violations and the hearings from the Department of Buildings.

Peoples Gas crews were responding to the scene.

A spokesman for the company said there was no reason to believe the cause is related to gas or any of their equipment.

The Bureau of Alcohol, Tobacco, Firearms and Explosives is on the scene, as is the CPD bomb unit.

In a statement, Mayor Lori Lightfoot said, “My thoughts are with those who were injured and displaced in the building collapse in the Austin neighborhood. We must also thank the brave men and women of the Chicago Fire Department who are working to abate the dangerous conditions. I am closely monitoring the events and both the Chicago Fire Department (CFD) and the Department of Buildings (DOB) are onsite at the collapse. We will provide updates as the situation develops.”

This is a developing story; check back with ABC7 Chicago for updates.