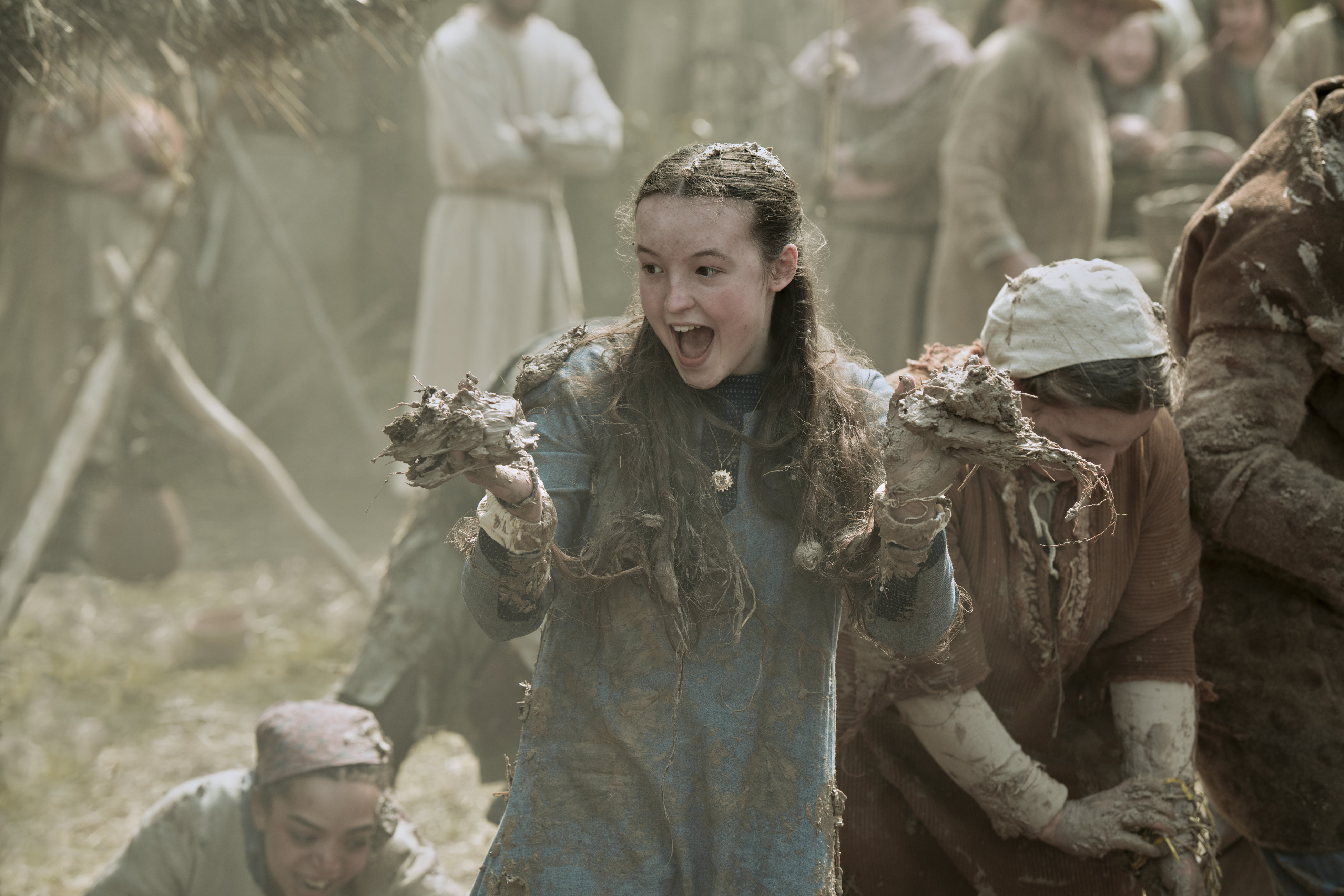 There is a certain contingent of people who devoured Karen Cushman’s 1994 young adult novel Catherine Called Birdy. The historical story, written as a diary entry from a teen girl living in 13th century England, was equal parts detailed and relatable. The historical notes about saints’ days and Medieval remedies were well-researched and compelling, but ultimately the novel held its readers thanks to its heroine, Birdy. She was feisty, smart and unrelenting—characteristics that often captivate younger readers. It’s a novel that many, including myself, have continued to re-read into adulthood.

So there was a sense of trepidation when news emerged that Lena Dunham had acquired the rights to the novel and would be adapting it as a film. We shouldn’t have worried: Dunham clearly has the same reverence for the source material as her audience. Bella Ramsey, best known for a stint on Game of Thrones, steps in as Birdy, a girl growing up in country England in 1290. She has a sweet mother (Billie Piper) and a temperamental father (Andrew Scott), who decides it’s high time to marry off his daughter. Birdy, of course, isn’t interested and sets out to deter as many suitors as possible. She dreams of adventures, as undertaken by her uncle George (Joe Alwyn), but girls in the Middle Ages are simply there to marry and breed.

While the film is set hundreds of years in the past, Dunham invigorates the story with a contemporary sensibility. Her casting choices are notably inclusive—Isis Hainsworth plays Birdy’s best friend Aelis and several other cast members are not white—and as the screenwriter Dunham has revised some of the key moments of the narrative, including its ending, to make it feel more feminist. That’s not to say that the book isn’t feminist—it is—but here Birdy’s story becomes less about her accepting her lot in life and more about her accepting her own family. At first, the revisions may jar longtime readers, but Dunham aptly makes sense of the changes. There’s joy to Scott’s take on Birdy’s father Lord Rollo, who is depicted as a disgusting beast in the novel (here, he’s charmingly self-indulgent).

Much of the film’s success hinges on Ramsey, an 18-year-old actress who emerged into the spotlight while playing Lyanna Mormont. She hasn’t had the opportunity to do much since Game of Thrones, although she was cast as Ellie in upcoming HBO adaptation of popular video game The Last of Us. Ramsey’s performance in Game of Thrones was lauded, with her frequently called the breakout actress of season six. That, as it turns out, was not a fluke. Ramsey holds her own here as well, portraying Birdy as a rough-and-tumble teen girl whose life is focused on excitement in any form possible. Birdy is decidedly not vain, which makes her all the more relatable. The character was never written as a pretty heroine waiting for a man, and in Dunham’s version she’s even more complexly wrought.

Credit is also due to Dunham. With Catherine Called Birdy, which Dunham both wrote and directed, the often-divisive filmmaker steps into a new chapter of her artistic career. Since Girls, which had its ups and downs, Dunham hasn’t quite landed a worthy follow-up. Her recent film Sharp Stick was classic Dunham, with a focus on sex and drama in a way that didn’t connect with all viewers. This one, intended for a family-friendly audience, connects far more broadly. It welcomes everyone, even those unfamiliar with the novel, into its delightful, funny world. It would be an added bonus if more readers discover the book—and Cushman’s other work—thanks to this screen adaptation, but the real win is putting a character like Birdy front and center in a mainstream movie. We need more protagonists like her.

Observer Reviews are regular assessments of new and noteworthy cinema.