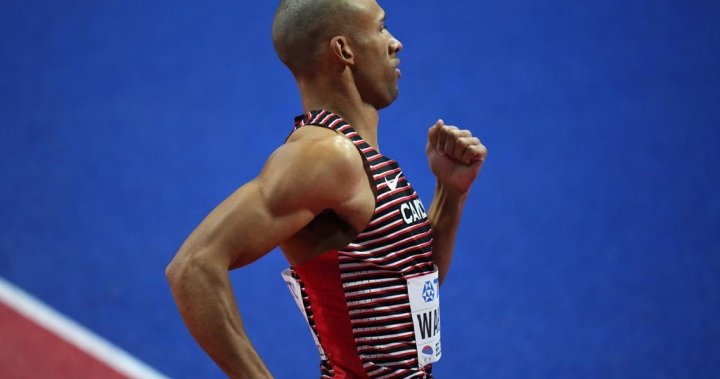 Damian Warner‘s quest for a world decathlon title is over.

The 32-year-old from London, Ont., suffered an apparent hamstring injury about 120 metres into the 400 on Saturday, the final event of Day 1.

Canada’s Olympic champion was the leader through the first four events of the day.

Pierce Lepage of Whitby, Ont., was second after Day 1 on Saturday, with 4,485 points. Ayden Owens Delerme of Puerto Rico moved into the lead after Warner’s injury.

Warner has never won world decathlon gold. He has a silver and two bronze.

At last summer’s Tokyo Olympics, Warner shattered his Canadian record and became one of just four decathletes in history to top the 9,000-point barrier.