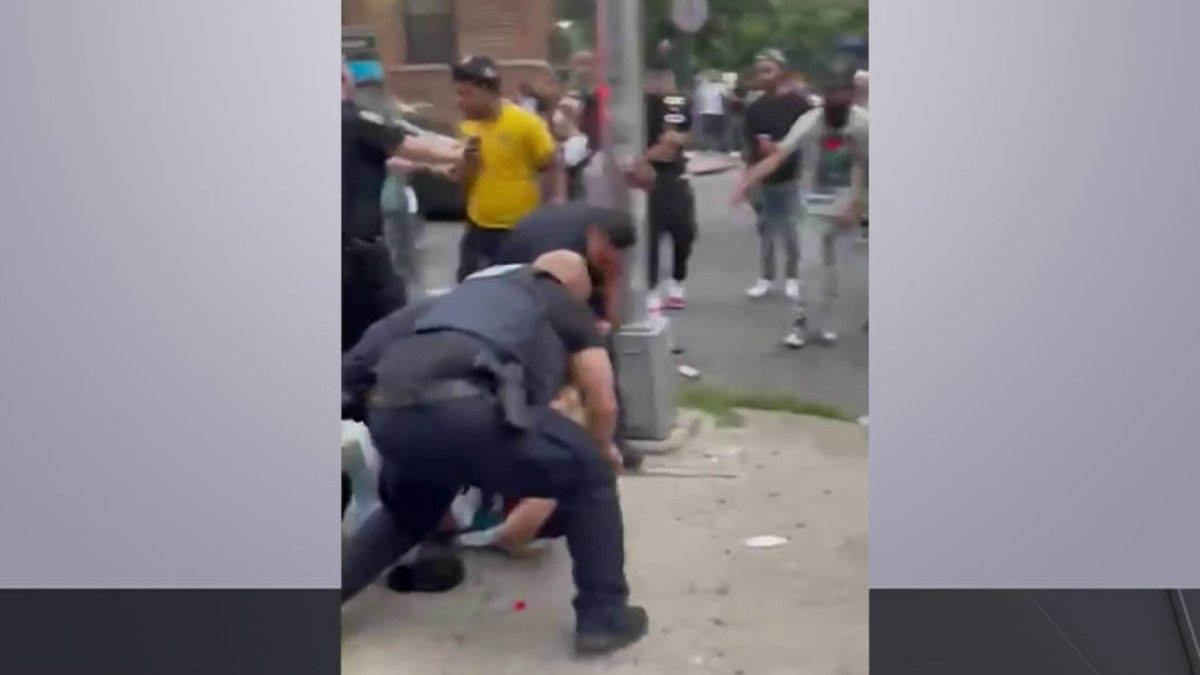 A video has gone viral showing NYPD cops being pelted with bottles as the officers scuffle with a crowd in the Bronx.

The chaotic scene occurred at the corner of East 168th Street and Sheridan Avenue in the Concourse Village neighborhood on Sunday. In the video that has viewed more than 350,000 times online, the cops are seen trying to disperse a large and disorderly crowd when glass bottles started flying.

As officers were trying to make an arrest, some of the bottles could be seen hitting the officers or flying right by them.

NYPD Commissioner Keechant Sewell said she was revolted by the scene captured on camera.

“To think that people would think it’s acceptable to throw anything at a police officer is outrageous,” Sewell said. “We will do everything we can to bring those responsible to be held accountable.”

Late Tuesday afternoon, the police department released new video and images of some of the people they are looking for in connection with the incident. The NYPD said that seven men, all between 20 and 25 years old, were involved.

Police union officials said that what went down is a sign of a declining situation in the city.

“The criminal element is emboldened and empowered because of the laws that have been enacted by the city council and people in Albany,” said Detectives Endowment Association President Paul DiGiacomo. “How much more carnage does there have to be before our politicians wake up?”

The union also tweeted about the incident, saying “The city is in crisis and the Governor, Legislature, and many DAs are missing in action.”