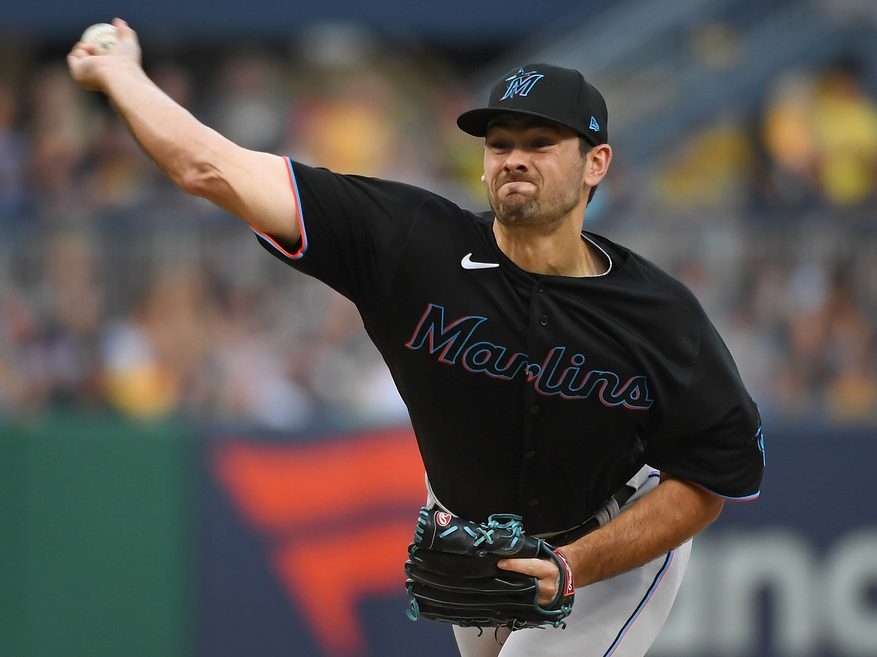 ST. PETE, Fla. — It was late afternoon on Tuesday and the sofas in front of a bank of TVs in the visitors clubhouse at Tropicana Field were filled with a captive audience.

And surely the Blue Jays players gathered in those seats were expecting more from a front office that came up smaller than anticipated on Major League Baseball’s trade deadline day.

Also incoming are a trio of pitchers — relievers Anthony Bass (a former Jay) and Canadian Zach Pop from the Miami Marlins and the versatile arm of starter/reliever Mitch White from the Los Angeles Dodgers.

But will it be enough to thrust the surging team towards serious contender status?

“We felt like we made a very good team better today,” Atkins said in a Zoom call an hour after the frenetic close to MLB’s swap meet. “We are excited about this team and the acquisitions.”

Others won’t share that enthusiasm, of course, especially when graded in comparison with the seemingly more substantial additions made by a number of powerhouse teams.

Most notable among the deadline champs were thee Jays AL East rival New York Yankees and the stacked up San Diego Padres over in the NL. Earlier in the week the Seattle Mariners, who figure to be a players in the same AL wild-card race as the Jays, added elite starter, Luis Castillo.

At the end of the day, it was an uninspired and underwhelming return at a deadline when the Jays needed to swing big. After a recent 10-2 run, the players felt they were playing their best baseball of the season and undoubtedly were hoping for more.

While there’s little doubt that Bass, who was having a tremendous season with the Florida Marlins, will be a solid add, the Jays were unable to get the pure swing and miss type they were looking for. They also failed to add a left-handed bat.

“I think we’re in this position to be able to acquire guys because we are good and we have preformed well up to this point,” manager John Schneider said, an hour before the deadline. “Any new addition that’s having success is obviously a welcome addition to any club that is trying to win.”

The addition of Merrifield is certainly the highest-profile move the Jays made — and potentially the most controversial. The 32-year-old infielder/outfielder was one of 10 Royals who couldn’t accompany the team to Toronto this past month for a series against the Jays because of his vaccination status.

Will that change for Merrifield, who was outspoken in his comments at the time?

“This is a very fresh acquisition,” Atkins said. “Because of that I’m not going to comment more on that process for him and let him work through that with his family.”

With the Jays playing their first of a nine-game road trip here on Tuesday, there is time to work that out. In the meantime, the two-time all-star, who was hitting .271 for the Royals this season, provides insurance across the diamond, especially for George Springer, whose nagging elbow injury continues to be an issue.

“He’s such a good player. He’s very accomplished,” Atkins said of Merrifield. “The versatility, the contact ability, playing multiple positions … we feel he can protect us and keep people off their feet.

“In the event of an injury, we’re well-covered.”

While the Jays didn’t improve as significantly as many had hoped, the costs were modest. Jordan Groshans, the infielder the Jays had drafted 12th overall in 2018, seemed stalled in his progressions and was the principle heading to Miami in the deal for Bass and Pop.

They did have to give up pitcher Max Castillo in the Merrifield deal, however, parting with a righty arm that had shown plenty of promise with the big league team in the previous month.

Judging by the rumblings in the days of mayhem leading up to the deadline, the Jays were active in their pursuit of more meaningful additions, though Atkins declined to acknowledge how serious they were in other talks.

“Define close?,” Atkins said when we asked him just that. “It’s so difficult to do. Over the course of the last month, we were in many discussions with several organizations and many different players.

“It’s not that productive to talk about how close we were. We’d rather focus on the players we were able to acquire.”

Even if Jays players were expecting more, the consolation is that they’re playing their best ball at the right time. The offence is performing, Bass will provide some late-inning options and Pop could be the surprise of the moves.

But for now, it’s on them to make the best of what they got.

“Any time you know your team is getting a little better, it’s a pick me up,” said reliever Adam Cimber, who played with both Bass and Pop with the Marlins. “You see other teams around the league getting better and you want to make sure you’re keeping in step.

“I don’t think we needed to do a ton. I think we’re a pretty good team as it is and have the potential to go far.”