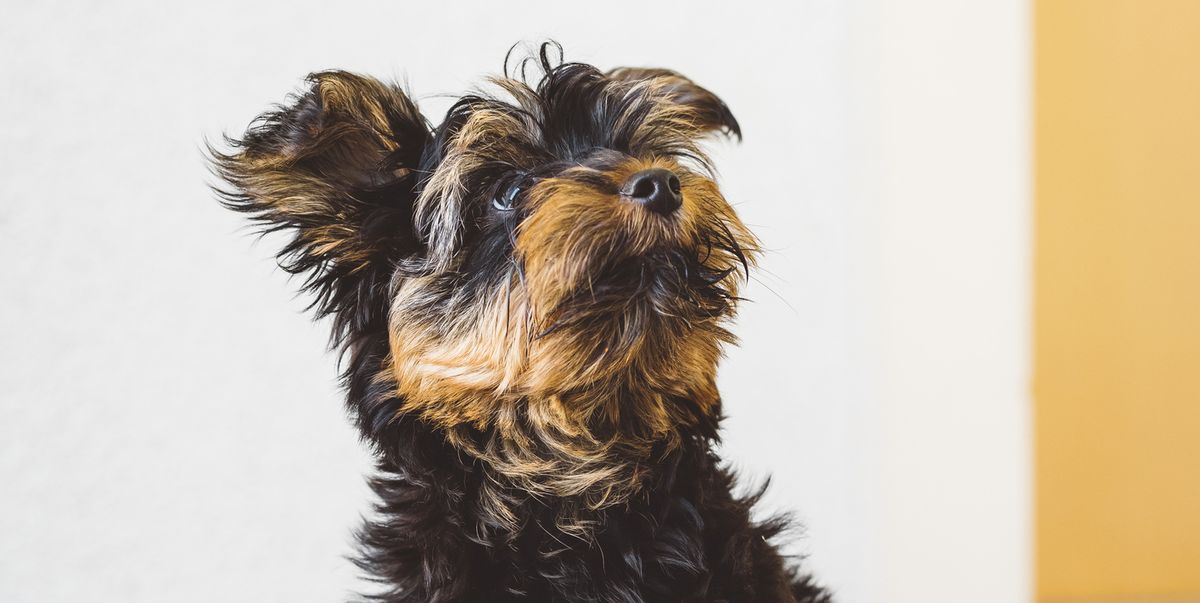 If you’re anything like me, the hot messiness of the last two years has resulted in one thing and one thing only: an unhealthily strong desire for a pup.

I mean, it all seems so perfect!! A built-in snuggle bud, an adorable exercise partner, what more could you ask for? Now, before you say anything, I already hear your concerns. “Dogs are expensive! Dogs take up lots of space, and I don’t have much!” Trust me, I’ve heard it all. Thankfully, I have what I believe is a beautiful solution: Small. Dog. Breeds.

Yup, from toy and teacup breeds to naturally tiny fur babes, there are tons of dogs perfect for people who want the cuteness without the *huge* hassle (sorry German Shepherds, we still love you!) And it really just makes sense since you’ll buy less food, have smaller messes, and easily transport your fur bébé via your bag (trés chic!)

Just remember, not all of these tiny puppers are the same. For example, if you need a dog that’ll easily adapt to apartment living and be ok with alone time, the American Kennel Club says a pug (known for less barking, high trainability, and gentleness) might be the way to go. On the other hand, if you want a smaller pooch who likes to play, a mini dachshund is your best bet (they don’t grow larger than six inches and have loads of energy).

If you’re ready to find the perfect small dog breed for you, behold this list of the most adorable doggos under 15 pounds. You will be unable to resist!

Chihuahuas are pretty much as teeny as small dogs come—they usually weigh less than six pounds even when they’re fully grown! A dog that’s around the same size as a box of wine? No wonder Elle Woods was a stan. The only drawback about these cuties is they need to be trained when they’re young or else they’ll have behavioral problems, so start teaching them those tricks ASAP.

Dog or a fluffy pillow that barks? Who’s to say when it comes to Pomeranians—but we can all agree these little fuzzies are absolutely adorable. They’re known for being an extremely smart breed, so you can have a less-than-10-pound genius sidekick for a dog. Dressing them in bows isn’t required, but is encouraged.

People often describe affenpinschers as a mix between a dog and a monkey because of their squished little faces, so it’s like getting two pets in one. Affenpinschers have loyal and friendly personalities, which makes them ideal companions. And since they max out at 10 pounds, you can tote them pretty much everywhere. A portable pal.

A Maltese is already a small breed, so a teacup version is basically a forever puppy. These little ones weigh only about four pounds, and they look like freakin’ Beanie Babies. They’re pretty clingy dogs, wanting to chill on their owner’s lap at all times, so they’re perfect if you know you’re gonna be a helicopter parent.

Pugs are bigger than some of the other tiny pups on this list, but they’re still usually under 20 pounds when they reach maturity. They’re heralded as ideal house dogs because they’re content anywhere, as long as you have plenty of snacks to keep ’em satisfied. Pugs are also super social, so they’re great to adopt in pairs.

Papillons are a sporty small dog breed, known for their tall ears and long life expectancy (16 years!!). They’re tiny athletes, weighing about seven pounds and running super fast, so you’ll definitely want to make sure their leash is on tight when you take them on walks and get ready to flex on your friends with your inherently-good-at-tricks dog.

Cavalier King Charles spaniels are so pretty (and so soft!), they inspire “awwws” wherever they go. They’re known for picking up the personality of their owners, so they’ll be happy regardless of whether you lead an active or lazy lifestyle. Just think: You’ll basically be getting the dog version of yourself when you bring a King Charles home. A large adult will weigh 13 to 18 pounds and can grow to be about a foot tall.

Mini cockapoos are a mix between a cocker spaniel and a poodle, so in other words, they’re basically two times as cute as the average dog. Mini cockapoos usually weigh around 15 pounds, and they’re a super-social breed. They’re all about meeting new people, going on adventures, and hanging around people they love. Think of them as your mini ride-or-die.

The sassy and chic Yorkshire terrier delivers the attitude of a big dog in a wittle seven-pound package. They’re super popular in cities because of their best-of-both-worlds personalities, although they can be a tad loud because they’re prone to watchdog behavior. As an added bonus, these cuties are hypoallergenic.

Another under-10-pound breed, Brussels griffons are easily recognizable thanks to their bat-like ears. Some of them also come with distinctive fur around their chin, which makes them look very wise. Brussels griffons are sweet and easy to train, but they’re not a great choice if you have kids who are looking for a pup to wrestle with.

What could be better than a poodle? A mini version, obviously. Toy poodles typically weigh less than five pounds, but they have the same elegant look and strong personality of their bigger cousins. They’re also super smart, so training them will be a breeze.

Pekingese pups are itty-bitty beings with majorly luscious fur, especially around their heads. They can weigh up to 14 pounds, and they have this unique gait that makes them even cuter when they’re on the move (peep the video in the Insta above). These dogs can be super independent, so you won’t have to stress about them too much if you work a lot.

“Mini pins” are another small dog breed with a big personality. Their tall ears help establish their dominance and make them look slightly larger than the mere 10 inches at which they really stand. These guys have tons of spunk and they love running around on their teeny legs.

You might recognize this little breed from How to Lose a Guy in 10 Days. Remember how Kate Hudson’s Chinese crested pees on Matthew McConaughey’s pool table?!?! Hi-lar-ious. Despite the trouble they get up to on the big screen, these eight-pound babies are actually super sweet. They love cuddling with their owners, and they’re known for being playful. Fun fact: There’s also a version of the breed that comes with full body fur. Who knew?

Shih Tzu are sturdy little pups, weighing between nine and 16 pounds when they’re fully grown. They are big softies and love to give their owners kisses. They’re also super chill, preferring to lounge on the couch rather than frolic in the yard, so they’re perfect if you want a chill pup who won’t mind your shoebox apartment.

If you’re looking for one packed with personality, look no further than the toy fox terrier, which manages to get all the energy of a terrier into an itty-bitty package. Their big ears speak to their large personalities—toy foxes love hamming it up, doing whatever they can to get attention. But they’ve also got the spirit of a lap dog, so they can be super loving.

A mini dachshund will clock in at just five inches long, so they’re small enough to fit in your hand…forever. Their small stature is part of the reason they’re truly a chill breed—it’s hard to run around when your torso is so much longer than you are! A mini dachshund is a great pup if you’re looking for a companion both sweet and small.

Mikhaila Archer
Mikhaila is an Editorial Intern who loves all things entertainment and pop culture.