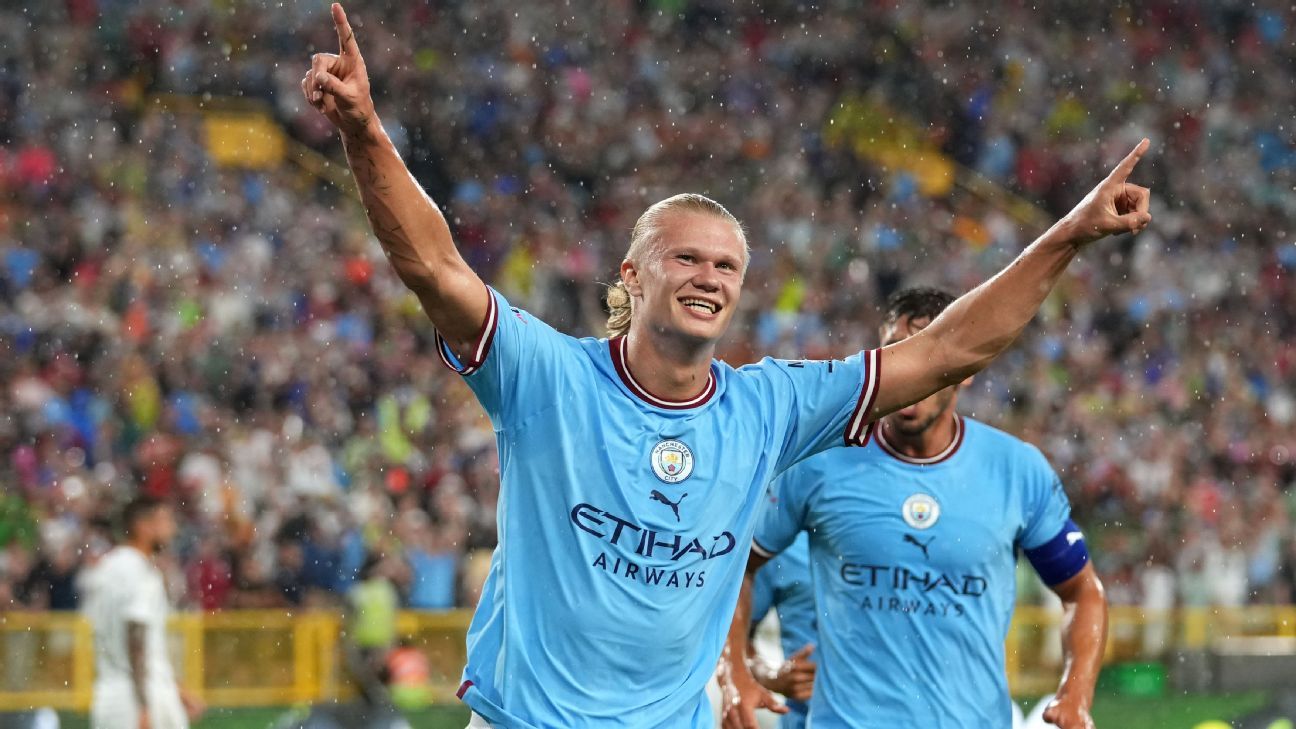 Erling Haaland scored in his first appearance in a Manchester City jersey as his new club beat Bayern Munich 1-0 in a game shortened to 40 minutes per half as a result of multiple lightning delays at Green Bay’s Lambeau Field.

It took Haaland just 12 minutes to make his mark for City following his blockbuster transfer from Borussia Dortmund this summer. And it was a classic poacher’s finish as the Norwegian striker punished his former club’s Bundesliga rivals by turning in an inviting low pass across goal from Jack Grealish.

– Preseason schedule: When, where, who Europe’s top clubs will play
– Soccer on ESPN+: FC Daily | Futbol Americas
– Don’t have ESPN? Get instant access

Immediately following the goal, the match, which had already seen its kickoff delayed by 15 minutes, entered a further delay of almost an hour as more inclement weather and lightning strikes blanketed the historic NFL venue and a sell-out crowd of over 78,000.

With both teams having flights to catch following the final whistle, the game was reduced to 40 minutes per half with just a five-minute half-time interval.

City, though, remained the superior team. Haaland, Grealish and Kevin De Bruyne showed early signs of a fruitful relationship with the new signing having a potential second goal ruled out for offside in the buildup.

There was an encouraging second-half appearance for City’s other summer striker arrival, too, after Julian Alvarez replaced Haaland at the break. And the former River Plate man almost matched his new teammate by firing just wide in the opening minutes of the half.

Bayern, meanwhile, struggled to trouble Ederson in the City goal as they faced up to life without prolific marksman and new Barcelona signing Robert Lewandowski. The closest the Bundesliga champions came was a Serge Gnabry effort ruled out for offside in the opening 10 minutes.