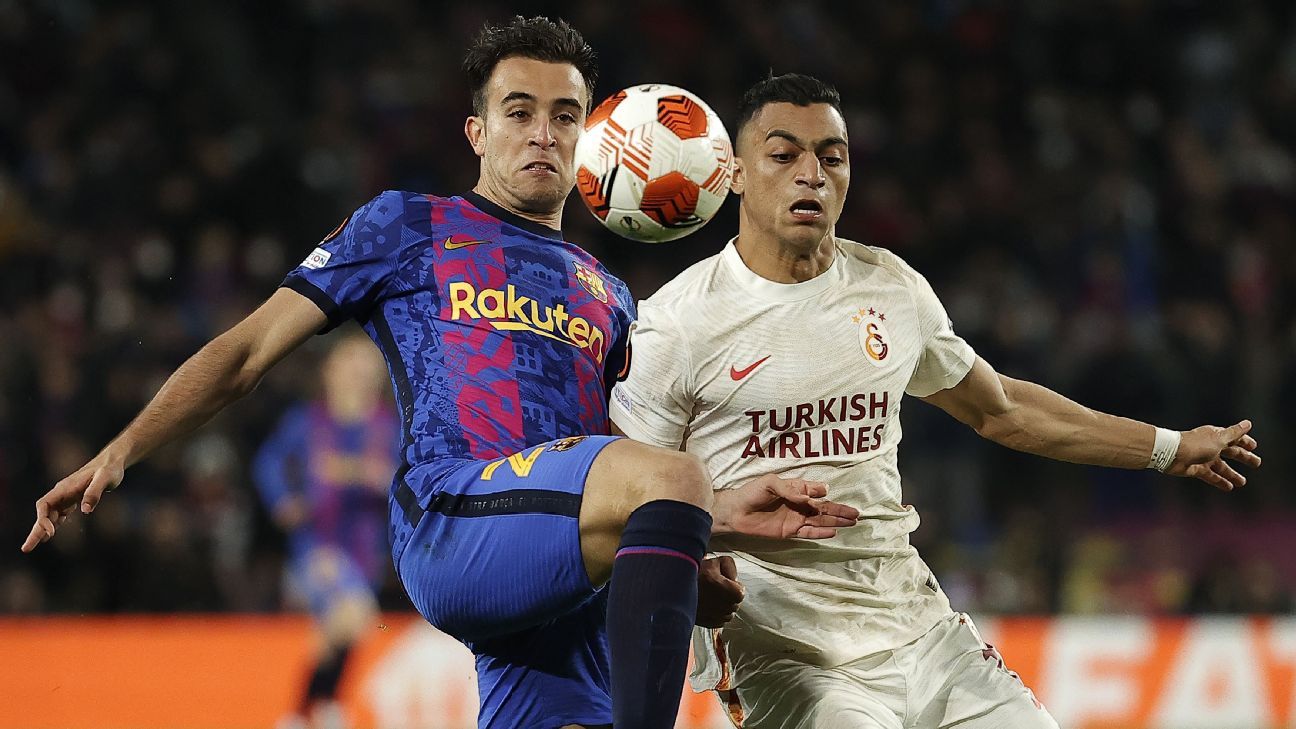 Barcelona were held to a lacklustre, goalless draw against Galatasaray in the first leg of their round-of-16 match at the Camp Nou on Thursday.

Xavi Hernandez’s side booked passage into the last-16 with a decisive 4-2 win over Napoli in their playoff round second leg — part of an eight game unbeaten run for the Catalans — to seal a 5-3 aggregate victory.

Despite dominating possession in the first half over the Turkish Super Lig side, Barcelona were unable to find a breakthrough and the score remained level at 0-0 at the break.

Barca rained shots on Galatasaray with 14 goal attempts against only three from the visitors, who were indebted to 23-year-old Spanish goalkeeper Inaki Pena for several fine saves.

Galatasaray also made good chances with winger Kerem Akturkoglu a constant threat to the Barca defence with his pace and range of skills.

Ousmane Dembele skied a powerful shot from distance over the bar as the second half wore on and Frenkie de Jong hit the post shortly after as Barcelona sought an elusive opener in the match.

Galatasaray looked to have grabbed the lead against the run of play through Bafetimbi Gomis in the 78th minute, but the linesman’s flag had gone up for offside and the goal was disallowed.

The two teams meet again in Turkey on March 17 for the decisive second leg and a spot in the semifinals.