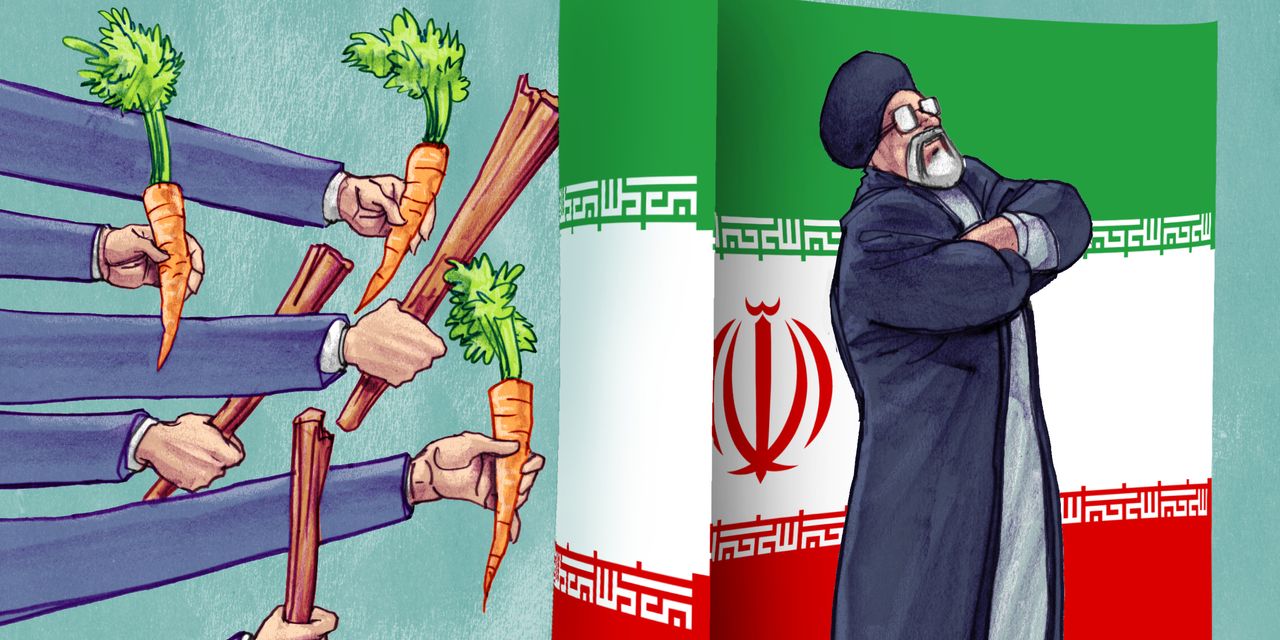 Nuclear talks between Iran and the great powers are once more at an impasse. The ostensible cause of the latest stalemate is America’s insistence that Iran’s Islamic Revolutionary Guard Corps remain on its terrorist list. But there’s much more to the story. Under Supreme Leader

the Islamic Republic is undergoing one of its most significant transformations since the inception of the theocracy in 1979. The cleric, who has outlived and outmaneuvered all challengers since he succeeded

in 1989, is revamping the country. His actions have generated popular protest and elite disaffection. In tense times, the clerical regime has difficulty responding to diplomatic initiatives. It hunkers down.

Mr. Khamenei has long held a vision of Iran immune to foreign pressure. He prefers organizing commerce into what he calls the “resistance economy,” in which the Islamic Republic reduces its dependence on oil revenue, segregates itself from global markets, and relies on internal resources and demand. “I strongly believe that the key and remedy to the country’s problems stands in promoting internal production,” Mr. Khamenei told a group of supporters three years ago. “Those who look to help from the outside for enhancing production and the economic situation should know that the solution is promoting internal production”

To keep Iran a leading Islamic state, Mr. Khamenei favors economic surgery. Spending must be cut so Tehran can better withstand foreign financial pressure. Iran also has to pare the onerous subsidies that have long drained its treasury. The Islamic Republic operates an elaborate welfare state that provides services and goods at discount prices. The clerical regime has often tinkered with subsidies. Past presidents resisted deep cuts for fear of popular backlash. Not Ebrahim Raisi, a disciple of Mr. Khamenei, who rose through the republic’s police state because of his zeal and ruthlessness.

President Raisi has reduced subsidies of wheat, flour and cooking oil. More austerity is needed, particularly on gasoline subsidies, which is generating protests from nearly every sector of society. What appears to be an authentic Revolutionary Guard document, leaked this year, warns that “society is in a state of explosion” and that “social discontent has risen by 300% in the past year.”

Mr. Khamenei’s response is to unleash his security services and purge the political system. The latest housecleaning isn’t limited to “reformers”—he excised them from the body politic more than 20 years ago. One of Iran’s most provocative public intellectuals, Mostafa Tajzadeh, who is connected to first-generation revolutionaries and the Revolutionary Guards, is in prison again, probably for good. Even

who has a long and seldom rancorous history with Mr. Khamenei, hasn’t been offered the customary courtesies afforded former presidents, like a seat on the Expediency Discernment Council, which advises the supreme leader. Mr. Khamenei has sidelined lots of conservatives who didn’t share his fondness for autarky. Traditional cultural conventions, such as family above politics, which have often shielded members of prominent revolutionary families from prosecution, increasingly are irrelevant. The opposition bloc within the revolutionary elite is now much larger than the supreme leader’s circle of loyalists.

This arrangement doesn’t foster pragmatic foreign-policy decisions. A parallel: In 2009, when a controversial presidential election in Iran provoked a mass uprising and divisions within the ruling class, the regime rejected

who held office until 2013, and Rouhani, who succeeded him, wanted to listen to what Americans had to offer and encouraged the supreme leader to send emissaries to meet U.S. officials overseas. Mr. Khamenei has now cast both men, the former a revolutionary populist and the latter a founding father of the theocracy and its intelligence service, into political purgatory.

If the supreme leader’s reformation succeeds and he constructs a regime entirely manned by his disciples, then he will probably have little patience for Westerners offering carrots or wielding sticks. The entire purpose of Mr. Khamenei’s demanding and perilous enterprise is to give the Islamic Republic autonomy in its choices. It’s a reasonable conjecture that Mr. Khamenei, who has overseen the nuclear-weapons program since it became serious in the 1990s, will decide to construct a bomb before the arrival of a new American administration.

For too long, American presidents of both parties have hoped that diplomacy would obviate tough choices about Iran. Democratic Washington still wants to pretend that there is time for another round of productive diplomacy. Republican Washington still wants to believe that the reimposition of tougher sanctions and the “credible” threat of force will somehow solve the problem. Alas, Mr. Khamenei has the decisive vote; he doesn’t appear inclined to play along.