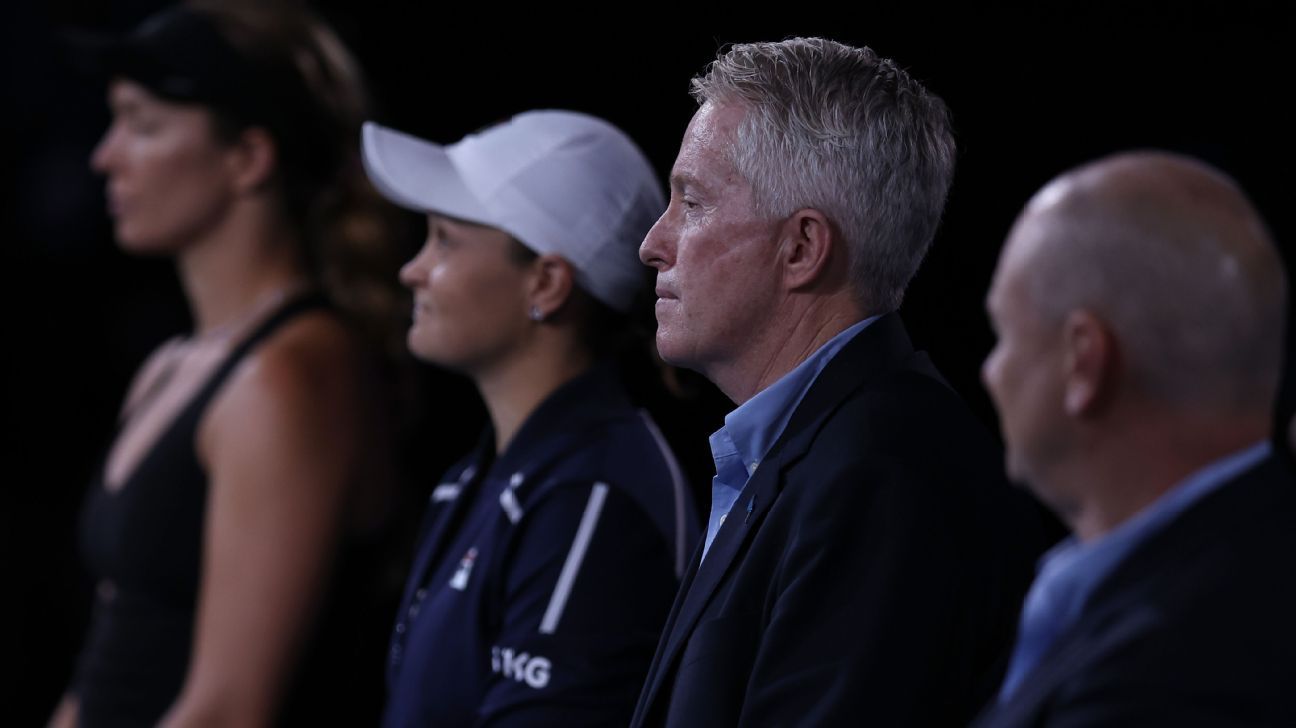 The Australian Open threatened to descend into a circus a mere fortnight ago, when defending champion and world No. 1 Novak Djokovic had his Australian visa canceled and was deported from the country just hours before the tournament was set to begin.

Djokovic was in Melbourne for his most successful Slam — he has won nine of his 20 major titles here — with the hope of winning No. 21, which would have given him the outright lead for all-time men’s major wins.

The tournament was desperate for the Serbian to compete. Tennis Australia boss Craig Tiley told Australia’s advisory body on immunisation that the very viability of the Australian Open depended on whether players who had not been double-vaccinated would be allowed into the country to compete in the tournament. Ultimately, while there were protests on the streets and locals testing positive to COVID-19 in record numbers, Djokovic was sent home by the Australian government.

When the tournament finally moved out of the Federal Courts and onto the blue of Melbourne Park, it initially struggled to shake off the Djokovic effect. The opening few days saw weather that was less than ideal, crowds that were low on numbers and energy and results that were largely unremarkable.

But in the nights that followed, fans had their faith restored. The tennis was as good as we’ve ever seen, culminating in famous victories for local hero Ash Barty, and the now — and quite frankly, unlikely — outright No. 1 on the all-time men’s Slam wins leaderboard, Rafael Nadal.

Djokovic’s decision to not get vaccinated is now one of the most intriguing sliding-door moments witnessed in sport.

Had Djokovic not tweeted about securing an exemption to enter Australia at the beginning of the month, the scrutiny on his visa may not have been so tough. We already know Czech doubles player Renata Voracova was admitted into the country with similar paperwork, days before authorities decided to crack down.

Had Djokovic not tweeted, he may well have been holding the Norman Brookes Challenge Cup in the early hours of Monday morning, or perhaps late Sunday night, and he may have been celebrating a record-breaking 21st Grand Slam title.

There’s a lesson for Craig Tiley and Tennis Australia in this as well. No single player is bigger than any tournament, particularly a Slam, and one player — as good as they may be — does not make a tournament. Ironically, Tennis Australia’s face was saved by the quality of everyone else at the Australian Open, the masses who combined for arguably the best edition yet.

The storylines that revealed themselves as the fortnight went on were almost too hard to believe, and cast aside any thoughts or discussion about those who were not in Melbourne: An Indigenous woman who had the hopes and expectations of a tennis-mad nation on her shoulders was saluted in emphatic fashion — not losing a set on the way to her famous Grand Slam title.

Two best friends who won the junior boys’ doubles championship at Wimbledon 10 years ago came together on late notice (and for a laugh) and revolutionised doubles tennis. Crowds packed into arenas to see the Special K’s, Nick Kyrgios and Thanasi Kokkinakis, do their thing, and they bloody well won the lot.

We had comebacks and farewells. Rejuvenated stars like Madison Keys rediscovered themselves. Veterans dazzled. A 36-year-old Kaia Kanepi bagged upsets on her way to a first Slam quarterfinal in five years. In her 63rd Grand Slam appearance, Alize Cornet made her first major quarterfinal.

And Nadal, a 35-year-old with the heart of a champion, came back from two sets down to win an epic, famous, ridiculous, unimaginable final against the highest-ranked player in the draw, No. 2 seed Daniil Medvedev, who was at almost unbackable odds with bookmakers when he sat down on his bench after the second set tiebreaker. It was Nadal’s crowning achievement in a career littered with successes.

Nadal’s story alone is remarkable. He contracted COVID-19 not long before the year’s first major and was in serious doubt to even make it to Melbourne. He missed Wimbledon and the US Open last year because of persistent and chronic foot pain and thought he may never play tennis again. He even admitted in his victory speech that he considered 2022 was to be his last jaunt to the land down under, but the adrenaline shot that comes with a title run forced him to reconsider. He’ll try to be back, he has already declared.

Record numbers of Australians tuned in to watch Barty’s triumph, and millions defied bedtimes in the early hours of Monday to see whether Nadal could do the improbable.

For a city whose citizens have battled, this Australian Open was the perfect reawakening. It truly — and with nary a hint of hyperbole — had it all.