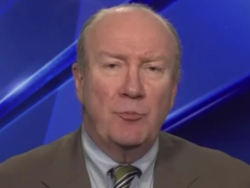 FOX News contributor Andy McCarthy reacts to Thursday’s January 6th Committee hearing: “The last thing that Representative Cheney did was point out is that Jeff Clark took the Fifth when he was asked the same questions that they were asking the witnesses. If a prosecutor brought that out in a trial, that would be a mistrial. That’s like a basic constitutional due process violation. For the life of me, I continue not to understand not only why this committee would not present a different perspective when they have witnesses that could clearly deal with cross examination if there were cross examination. And then why do this very powerful presentation, which I think this last hour certainly was, and then at the end point out that people are taking the Fifth Amendment which they have a constitutional entitlement to do and the courts have said if you let that infect a fact-finding proceeding, it’s a constitutional violation. I don’t understand it.”