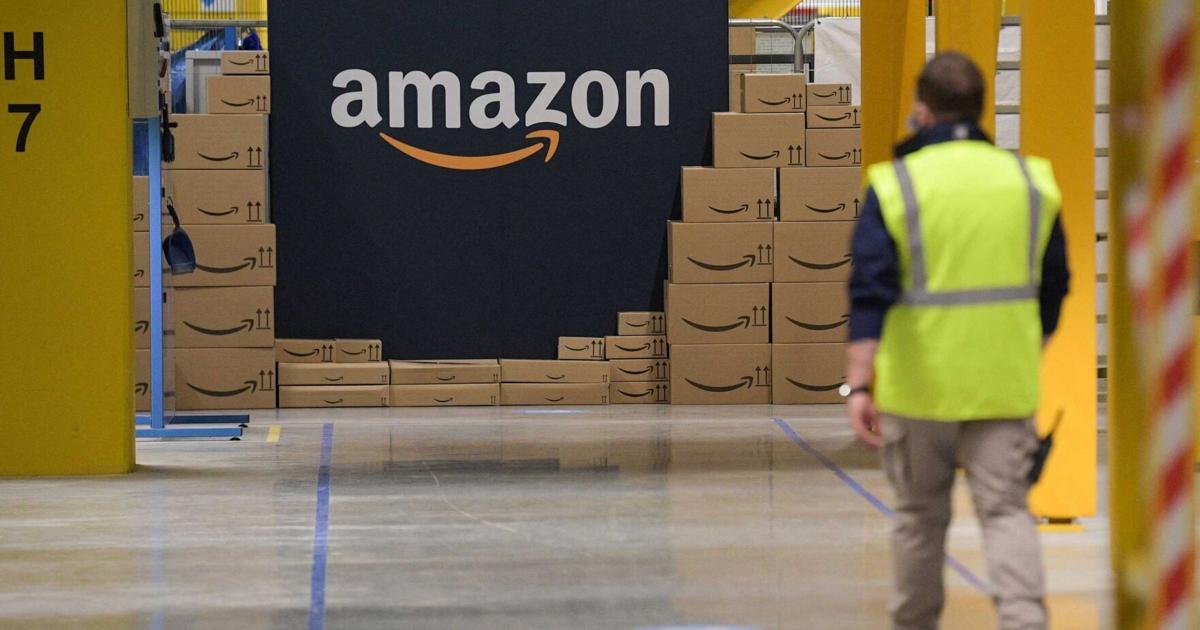 Amazon.com received final clearance last week from the Town of Niagara to build its $550 million warehouse and distribution center, but now the hard work really begins to get it up and running.

Two years after pulling the plug on a massive warehouse and distribution center on Grand Island because of fervent community opposition, Amazon.com found a much different reception in Niagara County, where leaders in the Town of Niagara not only welcomed the e-commerce giant but invited it in.

The online retail giant must grapple with persistent supply chain issues that have delayed other similar construction projects.

It must deal with a tight job market as it tries to fill the 1,000 new positions – the vast majority paying around $32,000 a year – that it plans for the sprawling facility off Lockport Road.

And Amazon’s retail business has to catch up with its ambitious facilities expansion over the last three years, which has left the company with more warehouse and distribution capacity than it currently needs, analysts said. With too much distribution capacity, Amazon has paused or canceled 16 facility expansion projects across the country.

The News’ Buffalo Next team covers the changing Buffalo Niagara economy. Get the news in your inbox 5 days a week.

In a normal world, those issues might not be so difficult to address. Amazon has been pursuing large-scale projects like this across the country, and has been engaged in a monumental construction spree as it built out a distribution network unmatched by anyone. Contractors are experienced in building facilities like this, and there typically are ample workers across the Buffalo Niagara region looking for jobs.

But more than two years into a global pandemic, and amid rising concerns about inflation and a possible recession, these are far from normal times. And Amazon itself has already experienced these issues elsewhere, even as it has rethought its expansion strategy.

“I think there will be some headwinds in getting the business rolling,” said Julie Anna Golebiewski, an economist at Canisius College. “So I guess we’ll learn along with them to see how quickly they will be able to establish that new warehouse.”

First, there’s the final decision to build, which will be up to Amazon’s top management and board of directors. The company has been aggressively expanding for several years, capitalizing on the massive increase in online sales and demand for home delivery from consumers who were shut-in during the worst of the Covid-19 pandemic, and are still largely avoiding malls and brick-and-mortar retail stores.

Amazon has doubled its U.S. warehouse capacity since the end of 2019 to 387.1 million square feet, with over 1,200 distribution centers – including two in the Buffalo area already. CoStar has reported that the company spent more than $31 billion on the expansion in 2021 alone.

The company increased its distribution network by half just in 2020, which Morningstar senior equity analyst Dan Romanoff called “a monumental achievement” that “speaks to the company’s ability to quickly plan, construct, and expand facilities based on specific needs.”

And according to Dodge Data & Analytics, Amazon was the largest builder of warehouses in the past three years, spending more than $10 billion.

Even more space is still coming down the pipeline, to the tune of 110 million square feet, according to estimates by MWPVL International, a supply chain and logistics consulting firm in Montreal. That would include the Town of Niagara center – which Amazon previously pursued on Grand Island.

But the expansion has outpaced the growth of Amazon’s retail business, which has seen sales growth slow since the height of the pandemic as its expansion-related spending has increased.

In April, Amazon reported a net loss of $3.8 billion for the first quarter, in its first quarterly loss in seven years. A year earlier, it earned $8.1 billion. The company now concedes it has too much space, costing it $2 billion in extra expenses in the quarter. It also nearly doubled its workforce to 1.62 million people.

So it announced in the spring that it would reduce its warehouse space by at least 10 million square feet by subletting it and would moderate its future spending on physical investments. It cut leasing and build-to-suit development spending to $3.6 billion in the quarter from $6.4 billion a year earlier.

“Today, as we’re no longer chasing physical or staffing capacity, our teams are squarely focused on improving productivity and cost efficiencies throughout our fulfillment network,” CEO Andy Jassy said in April. “We know how to do this and have done it before. This may take some time, particularly as we work through ongoing inflationary and supply chain pressures.”

As of early this month, it had stopped or delayed construction of at least 16 facilities nationwide in California, Florida, Georgia, Iowa, Louisiana, Mississippi, North Dakota, Pennsylvania, Tennessee, Texas, Utah and Wisconsin. However, there’s been no indication that it would pull back from the Niagara project, which is similar to a recently opened facility outside of Syracuse and one under construction outside Rochester.

“We appreciate the Town of Niagara voting to allow this project to move forward,” said Amazon spokesman Steve Kelly. “While additional steps remain, should the project move forward, we’re looking forward to creating family sustaining jobs with good benefits and flexible hours, and to working with local community groups to make a lasting and positive impact in the entire region.”

There’s also the well-known and well-documented supply chain problems, which not only affect the products Amazon receives and delivers to customers, but also are putting a squeeze on the building materials and supplies that it needs to construct its facilities.

Everything from doors, windows, wood and metal to fixtures, furnishings and equipment has been caught up in a combination of short supply and soaring costs. Those problems had been expected to dissipate over the summer months, but seem to be persisting instead, Golebiewski said.

That delays construction projects of all sizes, and Amazon’s proposal in Niagara not only includes the building materials, but $100 million in specialized robotic equipment.

Supply chain holdups caused a delay of a few months for the completion of a similar-sized Amazon facility outside of Syracuse, which just opened a few weeks ago.

Plans call for the five-story Niagara County facility to function as a first-mile fulfillment center to receive bulk shipments of products from vendors, suppliers and sellers, and then package them for the first leg of delivery. It would feature 650,000 square feet on the ground floor and 606,750 square feet on each of the upper four levels.

The 3.08-million-square-foot facility at 8995 Lockport Road – which will be located on about half of a 216-acre site adjacent to the Niagara Falls International Airport and Niagara Falls Air Reserve Station – also would include 55 loading docks, along with 469 parking spaces for trailers and 1,755 spaces for cars.

That’s big, but not atypical for Amazon. “Amazon can build one of these things in less than a year for sure, because I’ve seen them do it personally around me,” said Morningstar’s Romanoff.

Then there’s the question of how Amazon will hire all of the workers it needs at a time when unemployment locally is just 3.4% – the lowest level in at least 32 years, according to the state Labor Department.

“I do expect they may have some difficulty in hiring,” Golebiewski said. “If they are willing to raise wages to attract workers from current positions, they’ll have fewer problems. But it will be a challenge to get that up and running, especially in a timely way.”

The project is expected to create more than 1,000 full-time jobs – including 950 warehouse workers – with potentially as many as 1,800 people ultimately working there.

While the company and local officials tout the benefits packages and other opportunities, the average salary for the workers is about $32,000. With a 40-hour workweek, that’s just a little over $15 an hour. Minimum wage in the state is $13.20 an hour.

While the IDA won’t vote until its next meeting in August, the approval of more than $124 million in tax breaks seems likely, despite criticism expressed previously by area residents about the project’s impact on traffic and other concerns.

Amazon also will face plenty of competition for the workers it needs to hire. Many other businesses large and small – even restaurants – are already struggling to find workers, particularly for jobs at the lower end of the pay scale.

On the other hand, that new Syracuse facility that just opened up already has 1,800 employees. And a virtually identical facility in a suburb of Wilmington, Del., that opened last September already boasts more than 3,000 employees.

“A major facility with 1,000 workers, that is pretty typical for them. They can say it’s a challenge, but it’s not a challenge that they have ever failed to meet,” Romanoff said. “I don’t suspect anything different in the Buffalo area than anywhere else.”