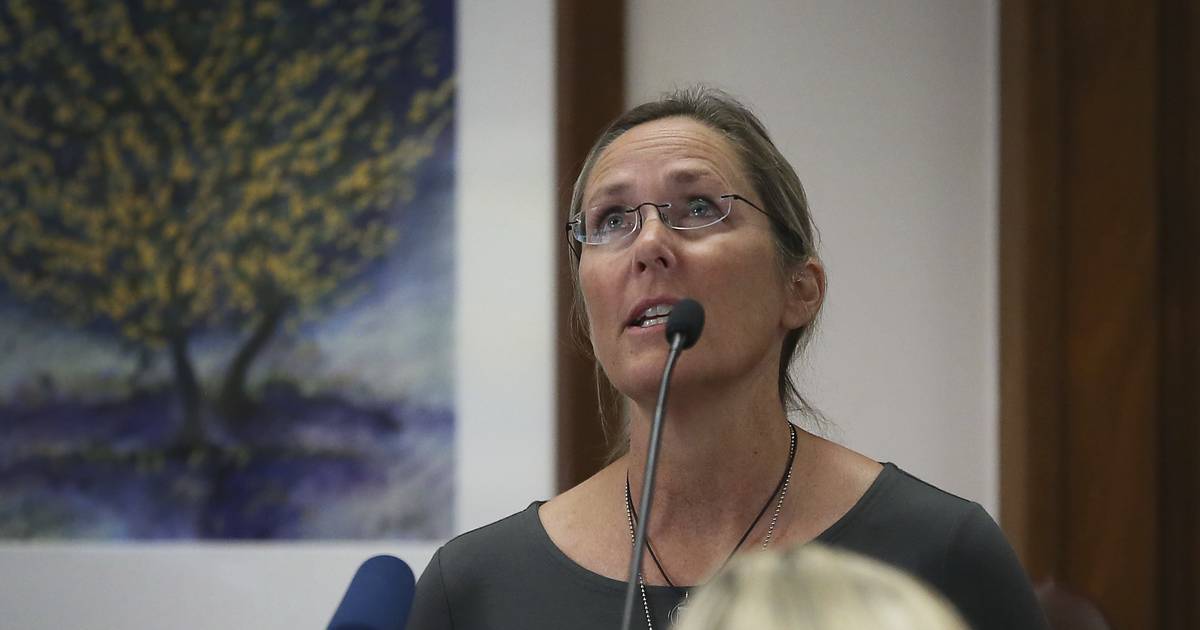 After a bereaved Sandy Hook dad bared his soul on the witness stand, Alex Jones berated the man on his InfoWars show.

During a break in the testimony in a lawsuit against him, Jones unleashed a barrage of bile on Neil Heslin, calling him “slow” and “on the spectrum.”

Heslin and Scarlett Lewis say the anguish over the murder of their 6-year-old son Jesse Lewis in the Sandy Hook massacre of 2012 was compounded by the years-long misinformation onslaught of conspiracy theorist Jones, whom they are now suing.

“What was said about me and Sandy Hook itself resonates around the world,” Heslin said, fighting back tears during emotional testimony in a courtroom in Austin, Texas. “As time went on, I truly realized how dangerous it was.”

For years Jones relentlessly claimed that the mass shooting that took the lives of Jesse, 19 fellow first-graders and six school staffers never happened. He said Jesse was a “child actor” and that Heslin had never held his son’s bullet-ridden body in his arms.

Not only that, but Jones fired up supporters and fellow doubters, who taunted and harassed Jesse’s parents and the families of other victims in the near-decade since the slaughter.

Jones, who did not appear in the courtroom during the parents’ testimony, took to the airwaves yet again during the trial’s lunch recess for a hateful harangue against Heslin, the couple’s lawyers informed the court afterward.

The remarks were “astounding, in a bad way” and “horrific,” Lewis said after viewing the clips in court, according to legal news website Law and Crime.

After his Tuesday lunchtime diatribe, Jones took the stand himself, at first being combative with the judge who prodded him to answer his own attorney’s question, and then testifying that he had long wanted to apologize.

“I never intentionally tried to hurt you. I never said your name until this came to court,” Jones said. “The internet had questions, I had questions.”

Heslin and Lewis are suffering from compounded trauma born of the unremitting harassment and the constant feeling of threat to their lives — not unlike that of children subject to long-term abuse, or soldiers in a war zone, a forensic psychologist who has met with them testified on Monday.

“I can’t even describe the past 9½ years of hell I have had to endure because of the negligence and recklessness of Alex Jones and the propaganda he has peddled for his own profits and success,” Heslin testified on Tuesday.

They are seeking $150 million from Jones and his Free Speech Systems media company. That company, and Jones’ other ventures, have filed for bankruptcy, spurring more lawsuits.

Jones contends he is protecting his free speech, even though none of what he has been spewing is true.

Although Jones has since admitted the killings happened, Heslin noted that an apology, if it were to happen, would not be enough. Jones was not in court during Heslin’s morning testimony, which Heslin said was “cowardly.” He arrived later for part of Lewis’s testimony, accompanied by security guards.

Tuesday was the last scheduled day of testimony.

“Today is very important to me, and it’s been a long time coming … to face Alex Jones for what he said and did to me. To restore the honor and legacy of my son,” Heslin said, according to The Associated Press.

He noted that when the gunman had trouble reloading, Jesse had urged his classmates to run.

“The gunman’s gun jammed at one point,” Heslin said, according to Law and Crime. “Jesse knew that. Jesse yelled for his classmates to run, and they did. Nine of them are alive today because of his actions…. Jesse died a hero.”