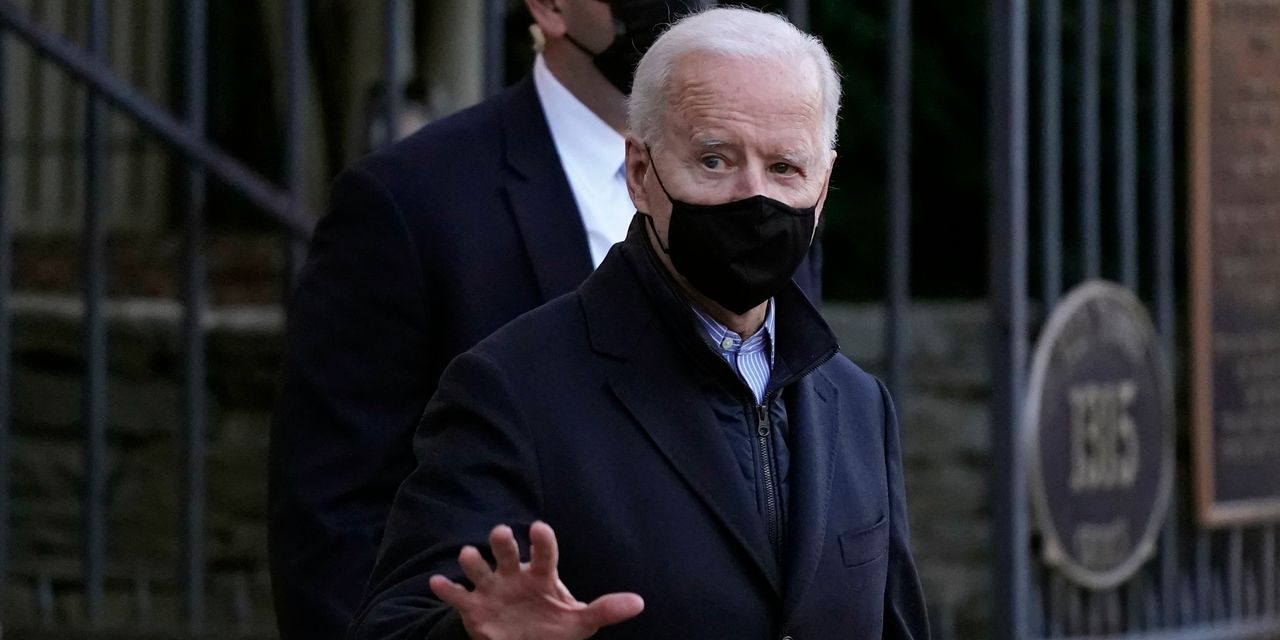 Should a Catholic politician who supports abortion rights receive communion? American bishops have been split on the question at least since Sen.

a Catholic who strongly supported “the right to choice,” ran for president in 2004. The furor died down after Mr. Kerry lost, but the debate returned when President Biden became the first Catholic to occupy the Oval Office since Roe v. Wade in 1973.

the archbishop of Washington, said he wouldn’t deny communion to Mr. Biden. The pastor of Holy Trinity Parish in Georgetown, where the president often attends Mass, agreed. But earlier this year, Archbishop Salvatore J. Cordileone of San Francisco declared that Speaker

would be barred from receiving communion in his archdiocese.

Archbishop Cordileone, along with the U.S. Conference of Catholic Bishops, calls abortion the “pre-eminent” moral issue of our time. If a Catholic acts against that teaching or opposes it in the political realm, then that person is not “in communion” with the church. The archbishop has written that a Catholic legislator who supports “procured abortion” commits “a manifestly grave sin which is a cause of most serious scandal to others.” Universal church law, Archbishop Cordileone pointed out in his declaration, provides that such persons “are not to be admitted to Holy Communion (Code of Canon Law, can. 915).”

But there is another approach. Bishop

of San Diego, recently nominated by

to become a cardinal, has argued against the “weaponization” of the Eucharist. After all, could any Catholic pass the test of worthiness for communion? “It is the moral obligation of Catholics to embrace all the teachings of the church in their entirety,” he writes. “But failure in fulfilling that obligation in its fullness cannot be the measure of eucharistic worthiness in a church of sinners and questioners, who must face intense pressures and complexities in their daily lives.”

Bishop McElroy also notes that the focus of these restrictions is often highly selective. Why target only abortion? There are other important “life issues.” Consider former Attorney General

who supported the death penalty, which the “Catechism of the Catholic Church” clearly declares “inadmissible.” Yet there was little outcry about Mr. Barr’s receiving communion. By focusing only on abortion, pastors risk politicizing something sacred. “The Eucharist must never be instrumentalized for a political end, no matter how important,” Bishop McElroy says.

Amid these controversies, Pope Francis offers the church guidance. The pope, like me and like virtually all Catholic clergy, is pro-life. Yet there is a difference in how the bishop of Rome and the American bishops view abortion as related to other life issues. In his apostolic exhortation “Gaudete et Exsultate,” Pope Francis begins his discussion by acknowledging that “our defence of the innocent unborn . . . needs to be clear, firm and passionate, for at stake is the dignity of a human life, which is always sacred and demands love for each person, regardless of his or her stage of development.”

But he recognizes that abortion isn’t the only life issue: “Equally sacred . . . are the lives of the poor, those already born, the destitute, the abandoned and the underprivileged, the vulnerable infirm and elderly exposed to covert euthanasia, the victims of human trafficking, new forms of slavery, and every form of rejection.”

Pope Francis also is clear about the best on-the-ground applications of these teachings. “I have never denied communion to anyone,” he said last year. As for Mr. Biden’s receiving communion despite his “inconsistency” with church teaching, the pope deemed it a question for Mr. Biden’s conscience and his pastors.

The best solution may be to observe Jesus in the Gospels. He called people away from sin and to a metanoia—a word usually translated as “repentance” but better understood as a thoroughgoing change of mind and heart rather than solely a desire to repent. Yet during his public ministry, Jesus also regularly dined with “tax collectors and sinners,” much to the consternation of not only the crowds but his disciples.

In the Gospel of Luke, when Jesus invites himself to dine at the house of Zacchaeus, the chief tax collector in Jericho, “all who saw it began to grumble” (Luke 19:7). The crowd disapproved of Jesus’ breaking bread with Zacchaeus, who probably would have been seen as the “chief sinner” in the town thanks to his collusion with the Romans.

When I asked the late New Testament scholar Father

about this passage, he pointed to the Greek word panta, which means “all.” He says the grumblers “would have included the disciples.” Even Jesus’ closest advisers were against breaking bread with sinners. He wasn’t. It’s no surprise that the controversy, and the grumbling, continues.

Father Martin, a Jesuit priest, is editor at large of America Media and author of “Learning to Pray: A Guide for Everyone.”