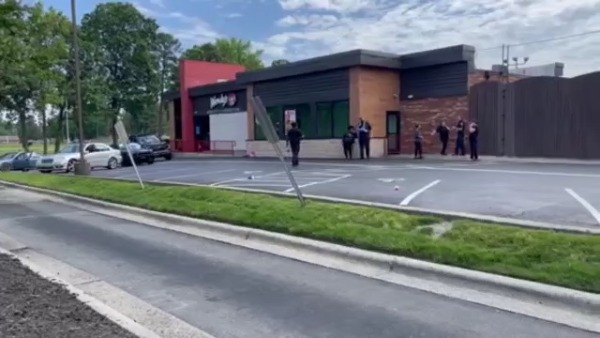 ASHEBORO, N.C. (WGHP) — Two Wendy’s staff reportedly stabbed one another whereas at work on West Dixie Drive in Asheboro, based on the Asheboro Police Division.

At 10:22 a.m. Monday, police responded to a reported stabbing at Wendy’s at 623 West Dixie Drive in Asheboro.

Police say two staff obtained right into a combat, they usually each stabbed one another.

Officers discovered a 22-year-old affected by a stab wound on the scene once they arrived. He was taken to a hospital.

A witness instructed officers that the suspect ran away from the scene. As a precaution, police instructed Asheboro Excessive Faculty and South Asheboro Center Faculty SROs as a result of the faculties are near the Wendy’s. The faculties issued a shelter-in-place order. The order was later lifted.

One other witness instructed police that the suspect was in a gold Toyota passenger automobile that drove away from the scene “in a careless and reckless manner,” based on the information launch.